Crypto-Mania: Why Are So Many Investing?

The era of cryptocurrencies is upon us. At least that's what Wall Street and the press would have us believe. Cryptocurrencies -- AKA cryptos -- such as Bitcoin and Ethereum have captured the interest of retail investors across the globe and now account for an oversized share of daily trading. They also attract major media attention, with thousands of websites, newspapers, and broadcasts offering constant coverage. But despite their popularity, the currencies themselves are not used very much. In fact, their constantly shifting prices conflict with the primary purpose of a currency: to be a stable store of value.

So why are so many people investing in cryptocurrency?

To answer that question, it helps to first understand what cryptocurrencies are and how they work. In short, cryptocurrencies are digital currencies not backed by a government or central bank. They use a "blockchain" to process and secure transactions. Blockchain is a decentralized technology involving multiple computers that manage and record transactions -- basically an online ledger with strong cryptography to secure it. New coins are "mined" by people who contribute computational power to the blockchain.

If all this sounds confusing -- or cryptic -- to you, you're not alone. Even hard-core techies have a tough time getting their heads around the opaque nature of blockchain technology. Suffice it to say that cryptos are similar to tokens or casino chips but can be used for a broader variety of online transactions.

Investing in a cryptocurrency is different from buying a stock. Although you can invest in funds that invest in cryptos, to buy them directly, you must first set up a digital "wallet," an app that holds your currency. Your wallet includes private and public keys that enable you to complete secure transactions. You can then buy or sell cryptos through a specialized exchange, such as Coinbase, or through certain online brokers, such as Robinhood.

While there were earlier attempts to create a form of electronic cash, the acknowledged start of cryptocurrencies was in 2009 after an anonymous programmer, who goes by the name of Satoshi Nakamoto, wrote a paper that effectively launched Bitcoin. The first Bitcoin was "mined" in January of that year. At first, trading in Bitcoin was very limited, but by 2011, interest had grown sufficiently so that rival cryptocurrencies began to appear. Since then, the number of currencies and amount of crypto trading has grown exponentially, especially in 2020 when the pandemic gave rise a surge in retail investors.

Today there are over 6,000 cryptocurrencies worldwide, and more are launched every day. The average daily cryptocurrency trading volume has grown to a whopping $109 billion per day, and total crypto market cap has risen to $1.77 trillion, equivalent to the 8th largest economy in the world.1

As Bitcoin's price history amply illustrates, crypto investing is speculative and involves a high level of risk. Unlike a stock, whose value is driven ultimately by the company's sales and earnings, cryptocurrencies produce no revenue or profits. They trade on momentum or the latest news. Because their volatility precludes them from functioning as a viable currency, they are now used more as a speculative gamble or inflation hedge.

The long-term outlook for cryptos is equally speculative. Some prophesize that cryptocurrencies represent the future -- that all government-backed currencies will eventually be replaced by crypto, whose prices will soar to new heights. Others see them as a giant Ponzi scheme destined to eventually collapse. Still others see a hybrid future where some transactions continue to be done in cash and others in cryptocurrency, whose prices will slowly climb as usage expands.

Whatever your own outlook, if you are considering taking the plunge into cryptos, be wary. Don't invest money that you will need to depend on later. And be prepared for a wild ride. Also watch out for crypto scams -- attempts to get you to invest in fake currencies or to make you pay for something in cryptocurrency -- which are rampant. Above all, talk to a trusted financial professional before investing. 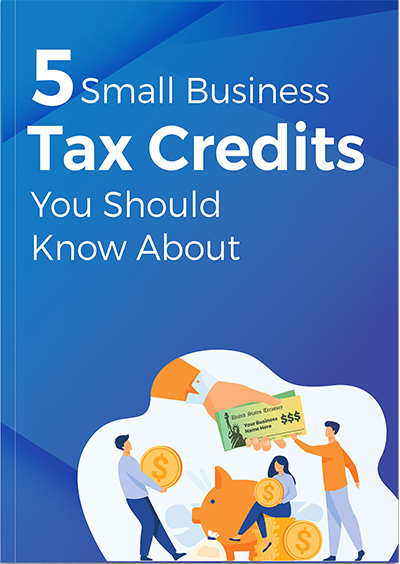 Schedule a free consultation and download your free ebook, 5 Small Business Tax Credits You Should Know About

Send Us a File

Utilize our secure file sharing system to send us files quickly and safely.

Receive regular accounting and bookkeeping updates from our firm, including helpful accounting articles useful for your business.